The trucking industry cannot separate themselves from politics as so many government agencies appropriate what they do, but very rarely does it seem that truck drivers have a huge influence in the world of politics - until now. President Donald Trump nominated Neil Gorsuch on February 1 of this year to the United States Supreme Court after the death of Justice Anton Scalia, who died in February 2016. Since Gorsuch's nomination, a former truck driver, Alphonse Maddin, has come out to speak against Gorsuch, as he feels it was Gorsuch's fault Maddin was wrongly fired from his trucking job in 2009.

Before discussing exactly what Gorsuch had to do with the original decision, it is important to learn the basic facts of what occurred in January of 2009. According to the official appeal from the Department of Labor, except OSHA, filed with the United States Court of Appeals Tenth Circuit on August 8, 2016, Maddin was driving on I-88 in Illinois for his former company when he pulled his semi truck over at about 11:00 p.m. Due to the fact that he was below empty on his gas gauge and unable to find one of the previously approved gas stations in order to refuel, he decided to get off the road. Maddin found that his brakes had become frozen in only ten minutes as he tried to pull back onto the highway. 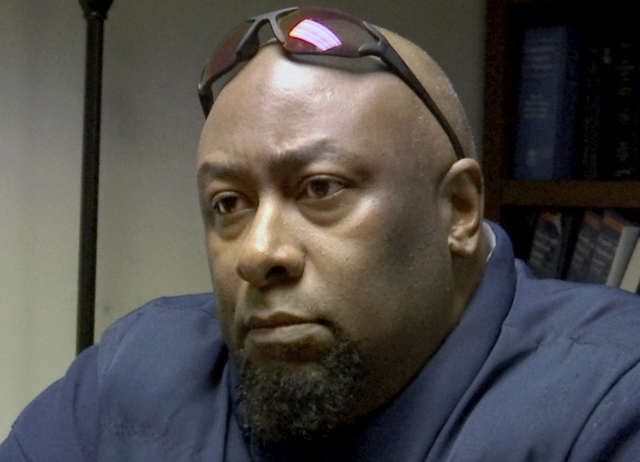 Soon after pulling over, Maddin phoned in to his employer to tell him of the situation he was in and was told that a service person would be there shortly to get him and the truck back on the road. Sometime after that call was placed, Maddin's bunk heater stopped working, meaning he was in a stalled semi without heat in very cold temperatures.

When his cousin called Maddin a little after 1:00 a.m., Maddin was reported to have slurred speech and confusion. This is when he sat up only to find his feet and torso had become numb. After calling the assistance he had contacted before, all he was told was that the repair person would be there and that Maddin should, “...hang in there”.

After another 30 minutes, Maddin became increasingly worried about when his help would arrive, especially considering the dropping temperatures and his already freezing body. That is when he decided it would be best to remove the trailer of the semi from the cab. As any respectable truck driver would do, he called his supervisor before making any other moves. When Maddin told him exactly what had happened, he was essentially told that he should try turning on the bunk heater again. Maddin knew that this would not work and told his supervisor that he was going to seek outside help since he had no idea when help would actually arrive. Maddin was then instructed that at no point was he to leave the trailer behind under any circumstances.

At this point, he had two options according to his supervisor – he could either try to drag the trailer with the frozen breaks to find a gas station, or he could wait for the help that still had not arrived. Maddin reportedly did not see either option as a viable route for his circumstances. He decided to go against his supervisor's instructions and went to seek much-needed help. Oddly enough, within 15 minutes of him pulling onto the road, he was notified that the repair person had arrived and so returned to the abandoned trailer. 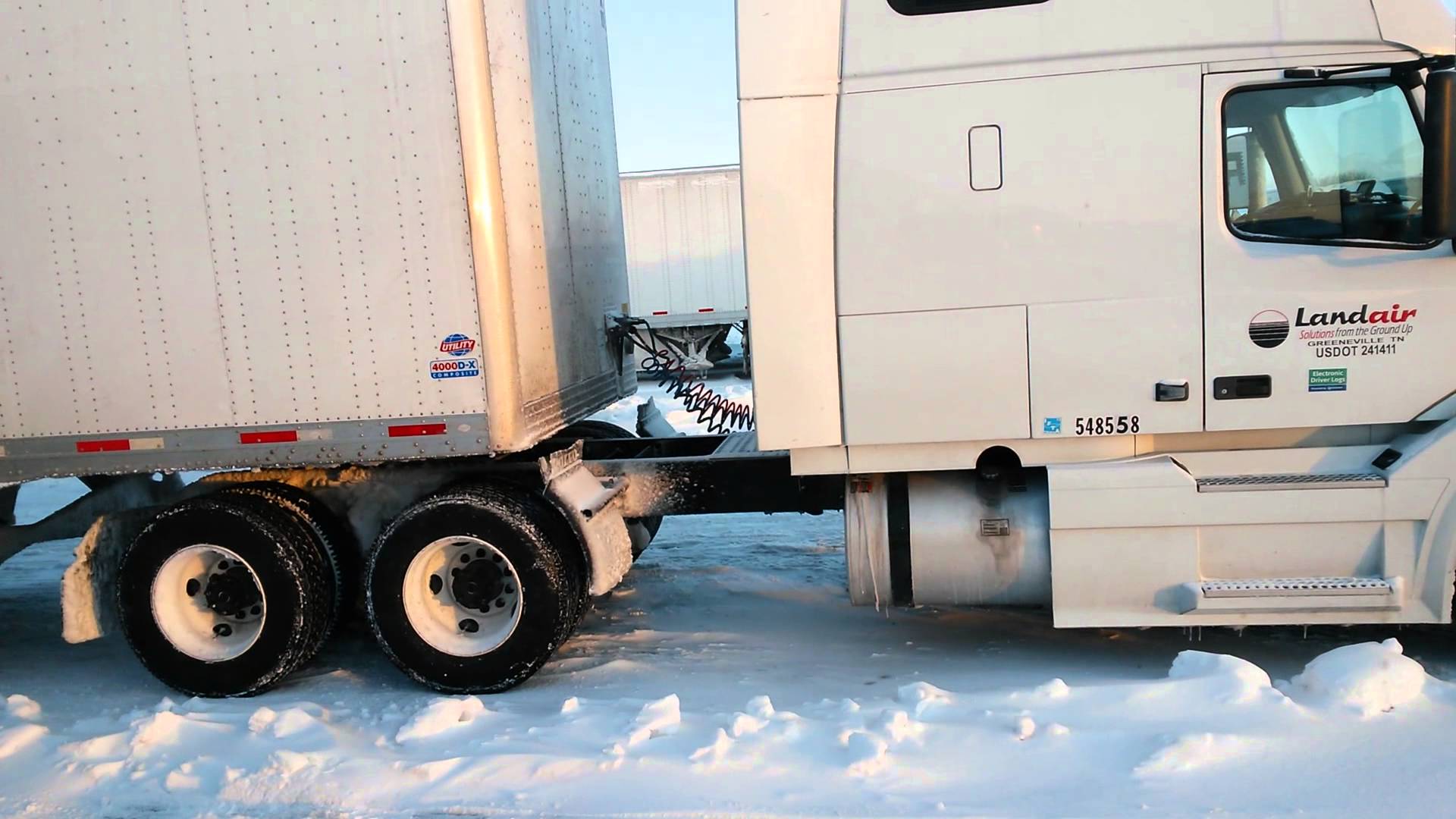 Once the frozen brakes were fixed, he again called his supervisor in order to find a gas station which had been approved by his former company. That is when the supervisor told him because of his violations, Maddin could be written up for one of two things; either the fact that he had left the trailer behind or that he had been unobservant because he had passed a gas station when he should have stopped. In a phone call that took place after the incident, the supervisor informed him that he had, in fact, been written up for leaving the trailer and only a few days later was fired for the violation.

Feeling he was wrongly fired, Maddin contacted the Occupational Safety and Health Administration to tell them about his situation. OSHA did not see this as a direct violation of their standards. He then decided to take his case in front of the Department of Labor's Office of Administrative Law. In late October 2012, nearly four years after the event occurred, the Administrative Law Judge decided that Maddin did not violate his company's policy due to the fact that he informed them of his activities during the time he waited for help. It was on January 7, 2013 that Maddin was given the back pay amounting for work during his truck driving job, from the day he was fired until he was found not guilty.

While Maddin's situation is controversial in itself, it has become even more controversial as Neil Gorsuch seeks to be nominated as the new Supreme Court judge. Gorsuch is the individual who had to decide whether the company's decision to fire Maddin over the matter was wholly legal, rather than a “...wise or kind...” decision. Many major news sources have claimed that the ruling on this particular case shows that Gorsuch tends to lean towards the side of big businesses rather than individuals. Maddin said on the matter, “It makes me consider what would (sic) the consequences be if my case had gone to the Supreme Court level and had been adversely impacted by his (Gorsuch's) ideology?”

In the ruling that Gorsuch made, he compared what Maddin's actions to the scenario of an office job and a computer. In his words the law works out like this, “Imagine a boss telling an employee he may either 'operate' an office computer as directed or 'refuse to operate' that computer. What serious employee would take that as license to use an office computer not for work but to compose the great American novel? Good luck.” He also went on to claim that because the law is stated too generally it should fall on the employer on how to interpret it rather than the violator. 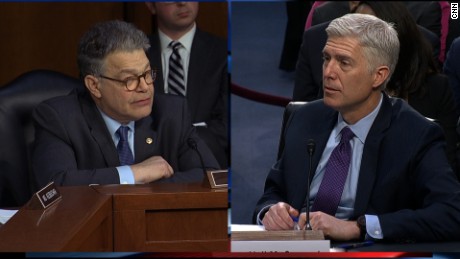 Most recently, on Tuesday, March 21, Gorsuch had his hearing in front of the Judiciary Committee where Senator Al Franken questioned Gorsuch's decision regarding the case. Franken claims that if he had proceeded down the road with the trailer, he would have only been able to drive at a speed of 10 to 15 miles per hour while other vehicles could possible go upwards of 75 miles per hour. He then asks Gorsuch if he would have liked to be on the road in winter conditions with a semi truck going that speed with temperatures around 14 below zero. Gorsuch then stumbled over his words before stating that he would not have liked to be on the road with a truck driver who is knowingly driving with locked brakes.

Franken claims that there were only two options for Maddin he had listened to his supervisor, either freezing to death or possibly harming himself and/or other drivers if he had continued with the trailer. Gorsuch responds that he does not know what he would have done if he had been in Maddin's shoes, and also does not blame him for his decision to unhitch the trailer and go to seek gas.  Said Gorsuch of Maddin and his situation, “I empathize with him entirely.”

Live From The Senate - It's Al Franken!

To further why he was making the opposing argument, Franken says that he would have done exactly what Maddin did and believes that everyone in the room would have, too. He also claims that the fact Gorsuch used vague language within his dissent makes the case unclear. He then sites the exact law as saying, “A person may not discharge an employee who refuses to operate a vehicle because the employee has reasonable apprehension of serious injury to the employee or the public because of the vehicle's hazardous safety or security conditions.”

Franken asked Gorsuch if he based his decision, which he claimed was based on the law because Maddin did decide to operate the semi cab. After claiming that was the “gist” of it, Gorsuch claims that there are more words and opinions, but it is the basis of his decisions. Franken and Gorsuch then discussed whether or not both sides of the original case argued that they used the plain meaning of the law. Franken then said that there is an exception to the plain meaning rule and that is when an odd result to using that meaning, courts should not use that rule. Franken argued that because of the two drastic options Maddin was given, the exception should be used because both were absurd.

What this case shows is the direct impact that a trucker job can have on the greater world of politics and how driving in trucking-populous areas such as California and Texas and other large states can prove to be important case studies in the future. Whether or not Maddin's actions can be entirely justified is up to even further examination, and to that end, further scrutiny from both sides of the equation.

Whether or not the decision Gorsuch should be elected to the Supreme Court or not based on this one decision is definitely subject to many opinions, but what should come to light out of Maddin's case is the trouble that a fellow truck driver had to go through. Not only was he subjected to intense weather conditions, Maddin also had to face a decision of whether or not to go against his supervisor.

Some believe that this particular case will open up the proverbial floodgates in more stories to follow, particularly in states with inclement weather such as Illinois and Florida. Despite receiving some heat for his decision, Gorsuch will undoubtedly see some cases in the future regarding commericial transportation, and Maddin's case is certainly a precedent for rulings and decisions to come.