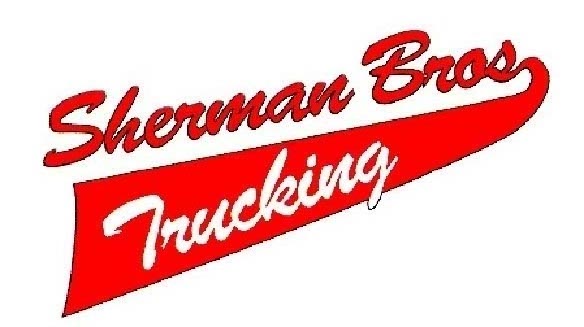 Sherman Bros Trucking was founded in 1969 when Leroy Sherman purchased William’s Transfer Co.; a moving and storage company and an agency for Mayflower Transit. The agency specialized in hauling locally and used Mayflower for long haul and international movements.

Keith Sherman, Leroy’s brother, joined the company in 1971 after serving in the army. The agency owned general commodity trucks which were divested from the moving and storage agency in 1975 giving birth to S.B., Inc. dba Sherman Bros. Heavy Trucking.

Bart Sherman, one of Leroy’s sons, joined the company in 1987 after several years with Coopers and Lybrand. The moving and storage agencies were sold in 1995 in order to focus on specialized trucking. Keith’s sales skills, combined with Leroy’s financial expertise, helped grow and strengthen the company until Leroy’s 2002 retirement.

Upon Leroy’s retirement, Bart became a partner and President of the company. Keith Sherman continued as the other partner until his retirement at the end of 2006. Since that time Bart Sherman has been the second generation sole stockholder. Under Bart’s leadership, Sherman Bros. continues to operate as a family-run and family-oriented enterprise.