Some of the most popular jobs are taxi drivers. Offering flexible schedules, they can be done on a full-time or part-time basis or as a second job. They also require little formal education, which allows people from all walks of life to get in the driver's seat. These are great jobs for college students looking for extra money, retirees wanting to supplement their income or others who simply enjoy driving around a city meeting various people along the way. Full-time taxi drivers make an average of $22,000 per year, while part-time drivers average about $10 per hour plus tips. Most taxi jobs are available in larger cities, and those interested in driving often simply stop by the company and fill out an application in person.

Evansville, IN4 months ago

No gimmicks, CFI pays for your experience because we believe every mile counts. Now hiring for solo and team company truck drivers. When you drive...

CDL A Drivers Get Home Daily On Local Runs With Hub Group! At Hub Group, we believe in employing the best drivers on the road, and we do so by...

Our resolution this year is to put MORE MONEY in your pocket. At SRT we are keeping that resolution with a 3CPM pay increase on January 12, 2019.

If you are a CDL A driver in the Kansas City area, then you may be eligible for local driving opportunities at TransAm Trucking! Call us today to...

Shift Your Success into High Gear No matter what drives you a passion for the open road, career independence or financial security Swift has the...

Bynum Transport is a leading company specializing in hauling liquid food grade products. Delivering across the entire United States, Bynum is able to...

The best overall company truck driver jobs in America are right here at Pride Transport! With more than 40 years of success behind us, we have a...

Kokomo, IN7 months ago

Covenant Transport is excited to announce starting February 1, we are offering OTR CDL A Team Drivers a $40,000 Teaming Bonus! With our new $40,000...

For many people, there is nothing better than being behind the wheel of a vehicle. The sense of freedom, along with getting to see different people and places daily, make it an interesting way to spend the day. In fact, many choose to make their living behind the wheel, and there are many driving jobs from which they can choose.

People who want to drive larger vehicles and transport groups of people often choose to become bus drivers. This can involve driving a bus around a city dropping off people at various stops, or driving a school bus picking up students at assigned stops and taking them to school each day. Both of these jobs require earning a commercial driver's license, which most of the time are paid for by the employer. School systems and bus companies both offer on-the-job training to new drivers, with new drivers often starting out by riding along with more experienced drivers to learn about the routes, company policies and other areas of importance.

These jobs also offer both full and part-time opportunities, with school bus drivers often working only 4-5 hours per day. Both also offer very flexible schedules and provide excellent benefits such as medical insurance, sick leave, vacation pay and retirement plans. School bus drivers are often able to make extra money by driving children on field trips or sports teams to their games, adding to their income. Bus driving jobs pay close to $30,000 per year for full-time drivers, with part-timers earning as much as $20 per hour. Jobs are generally listed in newspapers, on internet job boards and are advertised on radio and television stations.

Lyft vs Taxi vs Uber

The following infographic was compiled by TaxiFareFinder.com to show the cost-comparison of the top ride-sharing programs. This data can also be used to estimate potential earnings with each company. If the cost of the service is higher (indicates a high demand, thus surcharge), then you as the driver will most likely have a higher income. (although this may not be true for Taxi's due to them having higher overhead) 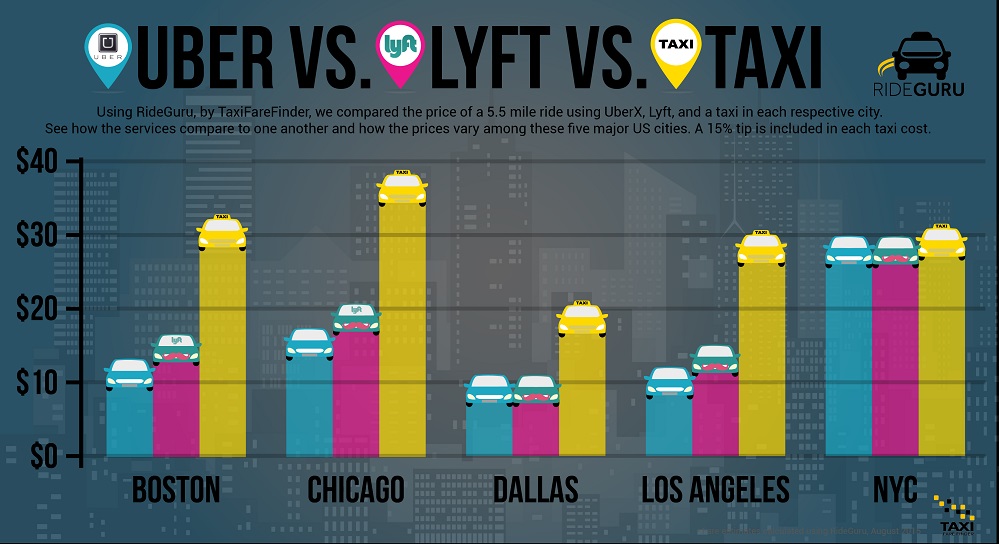 For those who like to be around the rich and famous, a chauffeur job can be very interesting. In addition to working for individuals, they can also work for private companies at airports or other locations. They can drive limousines, passenger vans or other vehicles while transporting people to hotels, restaurants or concerts. Chauffeurs also transport people to special occasions such as weddings, proms and parties, making sure everyone gets to their destination on time and in a safe manner. Customer service skills are very important for chauffeurs, for they are often the face of the business and must be able to interact well with others. Chauffeurs work very structured schedules, which allow them to plan other activities around their job. Salaries average $25,000 per year plus tips, which can be a substantial part of their income. Jobs are usually listed on various online job boards, though jobs working for celebrities are often obtained through word-of-mouth by way of a friend knowing a friend who knows the celebrity.

With such a variety of driving jobs from which to choose, those who love being behind the wheel and meeting interesting people each day have many options to consider. 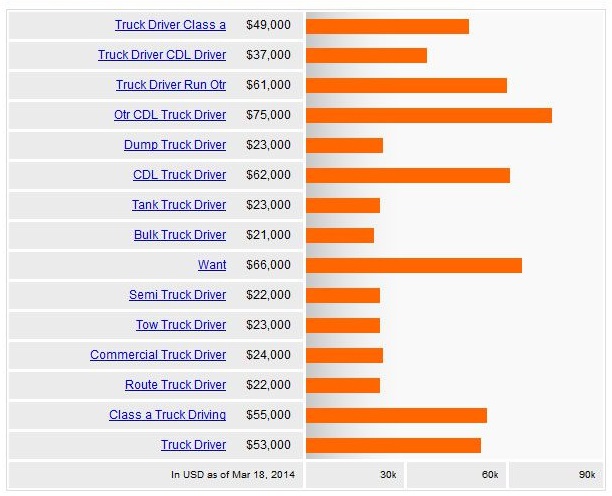 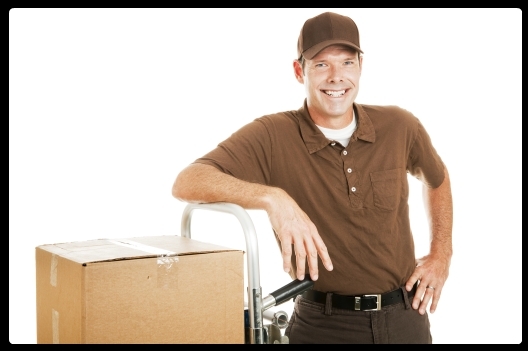 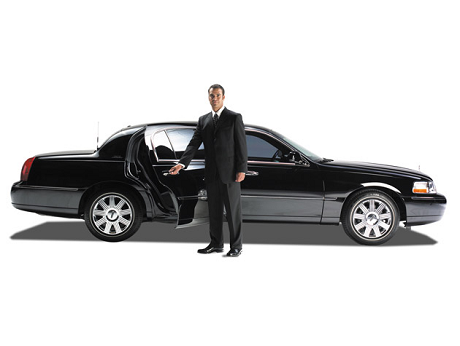