Though a pastiche of jokes and impressions from films such as “Good Will Hunting” may now define the state, Massachusetts was not always such a predictable area, nor does it continue to follow an entirely straight course of commerce and economical pursuits. Engineering, maritime trade and education have all put Massachusetts on the map in one way or another, with Massachusetts known as the most energy efficient state in the country – and subsequently Boston the most energy efficient city. With over 31,000 miles of roads in the state, sees a great deal of commercial transportation, though the state’s general public has becoming increasingly reliant on public transportation as opposed to individual automobiles.

In our OTR Refrigerated Fleet driving job, you’ll haul cheese and other frozen or temperature controlled products in state of the art trailers...

Crete Carrier is hiring professional truck drivers to join their Northeast Regional Fleet. Drivers on this fleet can expect to be home weekly, with...

Van Wyk is a small company with a family environment that believes in fair and ethical treatment of all employees. We are a stable company with over...

CDL A Truck Drivers Marten has a great dedicated opportunity for Owner Operators. You can earn an industry leading pay of $1. 25 plus fuel...

Shaffer Trucking is hiring professional truck drivers to join their national over the road fleet. Home time options include 12 and 21 days out. Apply...

Owner Operator WANTED – Great Home Time! You want better communication, we are listening!  Even during COVID 19, XPO is ahead and running...

The most densely populated of the New England states Massachusetts has everything from its rich historical attractions, its major metropolis Boston (home to Harvard University) and great stretches of seashores with vacation spots such as its infamous Cape Cod. But even with its tried and true economy faring the recent recession better than the rest of the county, and with life reviving back into the state, Massachusetts is missing one key thing and its growing into a major concern.

Truck drivers: Massachusetts is calling you with plenty of available jobs. 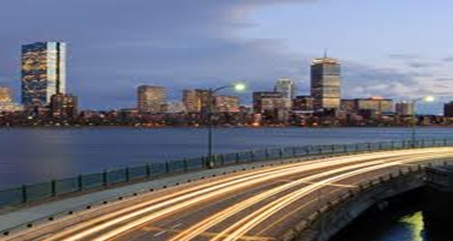 For anyone seeking a truck driving job, Massachusetts is already one of the more appealing places in the entire US with all the scenic beauty, rich culture and metropolitan excitement a state of its size could offer. Now couldn't be a better time for truck drivers, with the abundance of opportunity to choose from and jobs that will last as long the state's economy needs driving forward. And with a number of strong industries to keep it going this long, Massachusetts's economy could keep you driving well into the future. Aside from being the second largest cranberry crop in the nation, the state has major dairy and poultry industries, as well as many diverse manufactured products such as paper, machinery, tools and rubber. Shipping, printing and publishing are other sources of economic strength.

In 2010, trucks already transported 91 percent of the state's total manufactured tonnage and over 87 percent of Massachusetts's communities depended exclusively on trucks to move their goods. These numbers indicate Massachusetts relies on trucks more than any other state and two years later, the numbers can only be higher. Last year the trucking industry in Massachusetts provided 116,930 jobs, or one out of 24 in the state and the annual trucking industry salary was $49,351. Again, this indicates that Massachusetts pays its truck drivers a higher salary range of all the US states and with the growing demand to fill more positions, employers are offering higher and higher wages.

While there are many types of truck driver positions available in Massachusetts, some are in higher demand than others and the salary can also depend on your experience. But even drivers with no experience are being offered paid training and immediate positions with high earning potential right from the start. The cities with the most jobs are Boston, Worcester, and Springfield but that doesn't limit you from positions in other areas as well.

Like everything else being done with Internet efficiently these days, TruckDrivingJobs.com is the absolute best way to conduct your job search on-line. Our up-to-date job board gives you full access to the best truck driver jobs in all of Massachusetts, right to the convenience of your computer screen and our on-line application speeds up the process, instantly putting you in the hands of your potential employer at the other end. TruckDrivingJobs.com is your on-line connection to the best trucker jobs in Massachusetts and every other state.

Below are list of companies currently hiring within massachusetts.