Cowboy Country itself is still known for wide open spaces and vast plains, though authentic cowpokes may be less common than in the days of the Wild West. The state’s Western prairie and badlands have made it an unforgiving location to some, while others find respite in Yellowstone National Park and Glacier National Park, among other locations. An unlikely spot for a congregation of craft breweries versus traditional names in beer, Montana is the third-largest hub of in regards to number of craft beer breweries. U.S. Route 10 and Interstate-15 are the two major roadways to serve the fourth largest state in the Union. South Dakota and Montana are the only two states in the country to share a border without a paved road connecting it.

Get Paid to Drive and Travel Across the Country!CRST Expedited

Do you have your permit, but your school closed? CRST can help! Come to CRST and train to be a Class A CDL team driver and embark on a fulfilling...

Class a CDL Reefer Drivers-Earn Up to $72K-Talk to a Recruiter Today!Decker Trucker Line

Class A CDL Truck Drivers Decker: Driven to be the best! $1000 minimum weekly pay Earn up to $72,000 in our Western Reefer Division Home Weekly...

Jet Set Over the Road truck drivers get a paid flight from their home location to one location across the country to haul freight, then get a paid...

Truck Drivers Wantedby ABC Trucking Company Please use this box to describe the job or position your company is advertising. Be sure to include as...

Join our team! Our Over the Road Team Division offers great pay, consistent miles, sign on bonuses and performance bonuses. At Transport America you...

When experienced truck drivers compare the benefits of the job to being like a cowboy on open terrain, it doesn't get any better than being a truck driver in Montana. Especially a long-haul driver and as luck would have it, that is exactly what Montana is looking for. 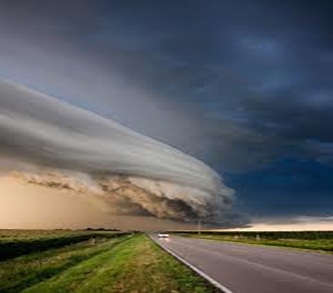 The Montana Department of Labor recently reported that the second highest number of job vacancies in the state is Heavy and Tractor-Trailer Truck Drivers, with 671 openings in May of 2012 and that number only reflects the advertised jobs. The state also reports that the number of these truck driver vacancies has increased more than six-fold over the last three years and only expected to get higher unless. The recent growth of oil and gas development in Montana is likely cause for the more recent demand of truck drivers.

The American Trucking Association forecasts the nationwide shortage of drivers will skyrocket to 111,000 by 2014 and they also attribute this to the oil boom in Montana and North Dakota. Not only does this mean more positions are opening, but many companies can't compete with huge wages oil companies are offering to lure a lot of drivers away. Ray Kuntz of Helena Montana and past chairman of the ATA, also equates the driver shortage to the average driver demographic at the age of retirement, causing a major shrinkage. Trucking-driving companies have to work much harder to retain the drivers they already have and reach out to new demographics for recruitment.

Another reason many of these truck driving positions aren't being filled in Montana, is that the message isn't getting across and many job seekers aren't even aware of these lucrative opportunities available to them. That is where TruckUnlimited.com comes in. Not only does our specialty job site utilize the Internet giving you the latest job postings for the entire state, we give you immediate access to the e-application process linked with all of these employers.

Despite its size, Montana is not a highly populated state, which is even better news if you are competing for the best truck driver jobs. While there are many across the state, the cities with the most jobs are Billings, Missoula, and Great Falls, as well as the eastern part of Montana's oil field. There are also many types of positions available so you must also assess your preferences and qualifications. Some employers even provide paid training to new truck drivers but there are standards requirements for every class of Commercial Driver's Licenses:

Below are list of companies currently hiring within montana.