Ohio often comes up nearly every four years with an incoming Presidential election, as a notable swing state as well as a bellwether state in relation to political trends. If Ohio is also a bellwether state in relation to other trends, it is likely for promoting excellent business climates in the country. With manufacturing and shipping as two of the state’s largest sectors of financial activity, Ohio is a driver’s paradise in many respects. The storied Lincoln Highway, running from San Francisco to New York, has one of the largest presences in Ohio, a route that connects travelers to several large and industrious towns to this day. Historic U.S. Route 40 is a also a noted roadway in the city.

A&S Kinard has a NEW North East Pay Package! ! Let's face it, you're not getting the miles you need in the NorthEast, or the appreciation you deserve. A&S Kinard wants to change that! We have the......

Experienced Lead Drivers, Lease Purchase and Independent Contractors are eligible for a $1,000 sign on bonus paid out within 30 days of first...

strong>GUARANTEED PAY THAT YOU CAN COUNT ONDecker is looking for Class A CDL DriversMIDWEST REEFER VANYou'll find yourself traveling 2,100 to 2,200...

In our OTR Refrigerated Fleet driving job, you’ll haul cheese and other frozen or temperature controlled products in state of the art trailers...

Earn 64 CPM/split, GET HOME WEEKENDS, drive newer equipment and receive excellent benefits! Don't have a team partner? We will help you find the...

At Hunt Transportation, we admire the independent spirit of flatbed owner operators and are here to help you succeed because that is how we started.

EXPERIENCED CLASS A CDL SOLO DRIVER Bolt Express has a well established Fleet Owner looking to add to his fleet!        ...

Crete Carrier is hiring professional truck drivers to join their Midwest Regional fleet. Drivers on this fleet can expect weekend home time and to...

Ohio Back in Swing, truck drivers in Demand

From its flat land to pleasant rolling country to its rugged hills in the southeast, Ohio is a Midwest state located in the prime Great Lake region and bordering major centers of four other states. While its rich farmland provides a strong agriculture industry and its rich minerals lead the country in production of lime, clay and salt, Ohio has grown into a highly industrialized center with many major cities and its automotive and metal manufacturing industries now leading its economy. 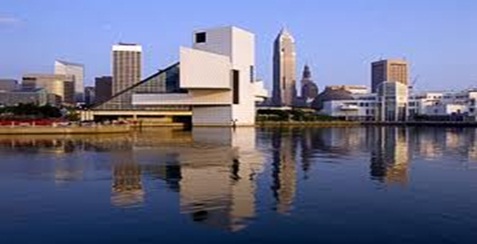 With railways and highways crisscrossing the state, Ohio has long provided the means for transporting large amounts of good everywhere. From its Lake Erie ports in Toledo and Cleveland to its network of highways to major cities across the nation, Ohio is hub for transportation. Adding that to its recently reviving automotive industry, Ohio relies on its trucking industry more than ever and truck drivers are increasingly in demand.

for everyday lives. As the economy has improved dramatically in the last two years and is continuing to grow stronger, these numbers are only getting higher and Ohio's trucking industry needs more and more drivers. The U.S. Bureau of Labor Statistics reported the number of trucking companies in Ohio had grown to 12,730 and the trucking industry paid out almost $12 billion dollars in annual wages.

Also found, was these trucking companies provided 268,470 jobs, employing one out of 15 people in the state and truck drivers earning a $44,390 annual salary, well above the national average. With more and more truck driver jobs becoming available and a variety of positions ranging from light delivery drivers to heavy tractor-trailer drivers to local to long haul, Ohio is becoming a hotspot for jobs. It's trucking industry not only thriving and providing lucrative earnings; it is also committed to the safety of its drivers and bettering the industry as well. The Ohio Trucking Association provides a number services to its drivers and educates the community on sharing the road with commercial trucks. It continues to improve the quality and safety of the trucking industry through improved driver training, investment in advanced safety technologies and active participation in industry safety initiatives at the local, state and national levels.

Ohio has certainly suffered in recent years, but those days are over and the trucking opportunities are now. There are all types of jobs becoming available all over the state with the most jobs being in Columbus, Cleveland and Cincinnati. Whether you already live in Ohio or coming from another state, the jobs are plentiful for truck drivers who want them and TruckDrivingJobs.com will help you get the best of them. We are the one-shop on-line truck stop for the best truck driving opportunities, with immediate access to available positions all over the state to on-line application forms directly linking you to the employers before anyone else.

Below are list of companies currently hiring within ohio.