With recent installations of manufacturing centers including Boeing and BMW, South Carolina has brought itself out of what was considered to be an agrarian society to a more industrialized state. South Carolina saw somewhat of a trucking blockade in the 1930s on the East Coast with a weight limit for commercial trucks of 20,000 pounds. Though the rail systems initially supported this blockade in order to benefit their own industry, the regulations were quickly dissolved and the state became a prosperous location of commercial driving. Outside of its economical pursuits, South Carolina is well-known for its Universities and scholastic institutions, including Furham University and University of South Carolina.

Get Paid to Drive and Travel Across the Country!CRST Expedited

Do you have your permit, but your school closed? CRST can help! Come to CRST and train to be a Class A CDL team driver and embark on a fulfilling...

U. S. Xpress knows you are a business owner and we will treat you like one. That's why we provide Owner Operators with all the support you need to...

$1,000 SIGN ON BONUS for Experienced Lead Drivers. Paid out within 30 days of first dispatch! COMPANY TEAM DRIVERS We pay for your experience! ...

Ready for a new company to call HOME? We are committed to creating an environment that is financially beneficial to our drivers and rewards those who...

Perhaps the most charming picturesque state of America's south, South Carolina is a triangular landscape of beauty, bordered by North Carolina, Georgia and the Atlantic Ocean. From its long even coastline of perfect sandy beaches, to its marshes and networks of rivers and infamous Sea Islands, South Carolina is a sub-tropical Mecca of plantation, culture, vacation spots and multiple industries. It's the state with pretty much everything you could want and now even more ideal for truck drivers seeking immediate jobs. 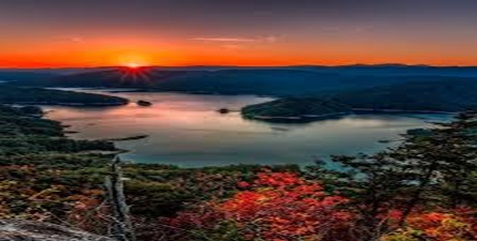 South Carolina's beach resorts and restaurants constantly require fresh food deliveries and replenishing of goods on a daily basis. Its ports are constantly transporting goods for exports, its many industries producing a massive tonnage of goods and its military bases creating major transportation needs as well. With its economy recently rebounding even stronger, South Carolina's transportation industry must drive even harder and trucks are central to it all. In 2010, trucks were reported to transport 84 percent of total manufactured tonnage in the state at 424,585 tons per day and now that tonnage is even higher. In addition to that, over 80 percent of South Carolina's communities depend exclusively on trucks everyday and now the state needs more trucks and more drivers to even keep up.

In 2011, the trucking industry already provided 84,430 jobs or one of 17 jobs in the state and now its has even more jobs to offer and needing the people to fill them. The U.S. Bureau of Labor Statistics reported that the average annual salary for truck drivers in South Carolina was $41,016, already much higher than the national average and expected to go up as employers are offering more and more to retain drivers. Right now there are 6,690 trucking companies operating in South Carolina and all of them are offering all types of great truck driving opportunities.

Its only a matter of deciding IF you want a truck driving job in South Carolina, because the jobs are waiting and TruckDrivingJobs.com has everything you need to find them AND get the best one for you. All you need to do is go on-line and Truckunlimited.com will give you access to all the best trucking-driving jobs all of South Carolina has to offer. We also help you take the next most important step of using our e-application process to immediately get your foot in the employer's door - right from your own home. TruckDrivingJobs.com makes your search simple with the best truck driving job in South Carolina, waiting specifically for you.

Below are list of companies currently hiring within south carolina.

B And T Trucking

Call 803-643-0447Based out of Aiken, B B & C Contractors owns 961 trucks and primarily transports Machinery, Oversized loads such as Farm Mining or Oilfield equipment, Construction equipment.
Call 803-643-0447

A & B Ceramics Inc

Call 803-892-6216Based out of Leesville, A & B Ceramics owns 117 trucks and primarily transports Machinery, Oversized loads such as Farm Mining or Oilfield equipment, Construction equipment.
Call 803-892-6216