The second-largest state in the lower 48, Texas straddles both the American Southwest and Southern regions of the United States. Known globally as a tour de force in producing both enormous outputs of cattle and oil, Texas also leads the country in production petrochemicals, aerospace and biomedical sciences. With 57 Fortune 500 Companies with headquarters in the state, Texas is only rivaled in those such figures with California. Texas has the most miles of roadways out of any state in America at over 675,000 miles. From the Dallas/Forth Worth hub, truckers can reach 93% of the nation in 48 hours or less. Texas also presents shippers with 33 foreign trade zones.

We have OTR & REGIONAL driving positions available depending on where you live. Call one of our recruiters to see what's available in your area! Bolt...

More miles, more money! CRST has the longest average trucking miles in the entire industry. Call for details! 866 447 9855 Already have the...

Truck Drivers Earn Up to $110,000 as a Certified Driver Trainer Paid for All Dispatched & EU.S. Xpress

Take your experience where it will pay off. U. S. Xpress is looking for experienced truck drivers who want to earn more as a Certified Driver...

Crete Carrier is seeking professional truck drivers to join their national over the road fleet. Home Time options include 12 and 21 days out. Apply...

CDL A *Regional & OTR Flatbed Great Pay and Quality Home Time ASK HOW TO QUALIFY FOR GUARANTEED PAY! \$6,000 Sign On Bonus We are currently...

The largest state in the US has plenty of room for anyone, but Texas will roll out the red carpet for truck drivers who want a job there. The Texas economy is as strong as ever and the only thing holding it back is the fact that there aren't enough tuck-drivers to keep it in gear. 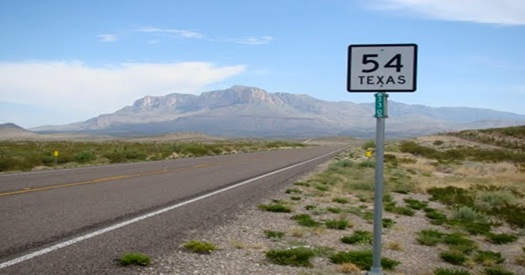 Located in the south central part of the country and bordered by Oklahoma, Arkansas, Louisiana, New Mexico, The Gulf of Mexico and Mexico across the Rio Grande, Texas is a prime location for transporting goods both nationally and internationally. Mostly known as the nation's leading oil producer, Texas has such a huge landscape of so many diverse regions its economy thrives from many other industries as well.

It's mineral resources include salt, sulfur, clays and cement, while its major manufacturing industry produces a wide variety of products such as chemicals, food products, transportation equipment, machinery and metals. Texas has also become a leading manufacturer of computers as well, with Dallas-Fort Worth and the surrounding area now known as the “Silicon Prairie”. Texas also has one of the most important agriculture industries with the most farmland in the country and the leading state in cattle, cotton, sheep, dairy and greenhouse products. Texas pretty much has everything to provide a rich economy strong enough to weather any storm. Everything but truck drivers, that is.

In 2011, the trucking industry in Texas provided 511,930 jobs, or one out of 16 in the state. The US Bureau of Labor Statistics reported the Texas trucking industry's average annual salary to be $43,911. Well above the national average and certainly enough to live pretty well in Texas, but apparently not enough attract the number of truck drivers needed. One San Antonio truck driving schools has seen enrollment double over the past 12 months mainly because of higher pay for truck drivers serving companies operating in the Eagle Ford. Noel Smith, Program Director at St. Phillips Driver Training School states that a truck driver obtaining a Class A commercial driver's license can earn $50,000 to $70,000 the first year in the Eagle Ford area. Companies not serving the oil industry have had to raise their pay just to keep up with the driver shortage and nearly everyone comes out of these 6 week driver training programs with a job offer.

Texas is booming with truck driving opportunities all over the state and TruckDrivingJobs.com is here to help you find the best ones specifically for you. All you need to do is go on-line and we give you access to the most current truck driver jobs in every part of the Texas. Once you determine which are best suited for you, TruckDrivingJobs.com helps you take the next most important step with our on-line application process, instantly linking you to your potential employer. Texas is calling, they've got plenty of jobs waiting and time's a wastin'. Don't make your truck driving career wait.

Below are list of companies currently hiring within texas.

A & A Machine Inc

Call 409-938-4274Based out of Lamarque, A & A Machine owns 731 trucks and primarily transports various metals such as Brass, Titanium, Copper, Iron, Machinery, Oversized loads such as Farm Mining or Oilfield equipment, processed metals.
Call 409-938-4274

A & A Moving Systems Inc