Many characterize Utah through its highly religious foundations – over 60% of its population identifies as part of the Church of Jesus Christ of Latter-Day Saints – as well as the second-fastest growing state in the nation. Through population growth and a business atmosphere promoting tech companies, Utah has attracted many manufactures and technology producers, exporting a great deal of these materials annually. Technology culture notwithstanding, Utah finds itself coming back to its roots as a mining town in many respects, including national investment in the stock of Utah’s silver, copper and beryllium. Utah’s own Interstate-70 is considered by many to be one of the most deserted highways in the entirety of the United States road system.

SALT LAKE CITY TEAMS OR SOLOS THAT WANT TO TEAM! Teams for Immediate Seating or we will find you a Team Partner $12K sign on bonus for each driver...

Call Today to Learn More About Our NO CASH DOWN Lease Purchase Program for Solos! John Christner Trucking is moving critical fresh food loads to...

Shaffer Trucking is hiring professional truck drivers to join their national over the road fleet. Home time options include 12 and 21 days out. Apply...

CDL A Truck Drivers Marten has a great dedicated opportunity for Owner Operators. You can earn an industry leading pay of $1. 25 plus fuel...

Utah: So Much Beauty, So Much Industry and So Few truck drivers

With its captivating Wasatch Mountains, five national parks, seven national monuments, acres of lakes and reservoirs, canyons and ski resorts, such as the infamous Park City with its Sundance Film Festival each year, Utah is a stunningly beautiful state with a strong tourism industry for that reason alone. 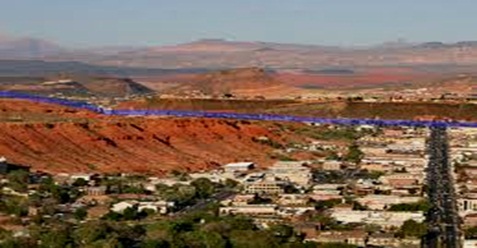 Rich in natural resources, Utah has long been a leading producer of copper, gold, silver, lead, zinc, potassium salts, and molybdenum. Oil and natural gas have also become major products. Utah is the only state that produces gilsonite, a pure form of asphalt used in dark colored printing inks and paints, and a wide variety of chemical products. The state's top agricultural commodities include cattle and calves, dairy products, hay, greenhouse and nursery products, and hogs. Utah has also become a center for aerospace research and the production of missiles and spacecraft as well.

With Utah's central proximity to so many major cities in nearby states and major highways connecting to everywhere across the US, Utah transports a massive amount of goods both within and out of the state. In 2010, trucks transported 87 percent of total manufactured tonnage in the state or 196,775 tons per day, a number that has only increased with the economy rebounding over the last few years; a growing economy with more goods to be transported and more populated communities relying exclusively on trucks for their every day essentials. The trucking industry is the backbone carrying the economy forward and in Utah, there aren't enough truck drivers to even keep up.

In 2011, the trucking industry in Utah provided 61,440 jobs, or one out of 15 in the state with an average annual trucking industry salary of $43,899. A number well above the national average and certainly enough to live a comfortable life in Utah, but it no longer seems to be enough to attract or retain truck drivers. Utah trucking companies have been forced to offer higher wages or try different approaches such as C.R.England, a Utah based trucking company also operating driver schools in the U.S. They now offer to refund tuition to graduates after they work six months for the company in addition to paying their regular wages. Tom Pronk, vice president of recruiting for C.R. England in Salt Lake City also stresses that many drivers quickly work up to earning more than $57,000 per year and some get up to clearing up to $100,000.

Utah is obviously ripe with truck driver jobs, but where do you find all the available jobs to shop and compare which ones are best suited for you? That is where TruckDrivingJobs.com comes in, with our on-line job board giving you access to the most current truck driving positions all over Utah State. Once you determine your wish list of the best jobs to focus on, TruckDrivingJobs.com helps you take the next, most important step to making your dream job come true. Our on-line application process immediately links you to the hiring employers and even from your computer at home, your truck driving job in Utah is already underway.

Below are list of companies currently hiring within utah.

A & B Transportation Inc

A1 Cut And Core LLC