Hailing from the prestigious line of logistics companies found under the CRST International umbrella, CRST Expedited is known by truckers and non-drivers alike to be the a leading dry van carrier in the country as well as one of the most expedient names on the road. CRST Expedited has long let drivers know the care that it imposes on its truckers and the importance that the unit in which team drivers are comprised of holds within the company. Drivers who can keep up with the fast-paced and professional environment at the company will see why the fleet’s long-standing reputation has held up so well, and will undoubtedly succeed alongside a driver.

What Kind of Pay Can One Expect At CRST Expedited?

Sources from across the country have made it clear that experienced drivers are treated very well in financial terms at CRST Expedited. In collecting data from across the nation, CRST, on average, pays its drivers close to $50,000 per year. Offering both dry van positions and expedited team positions, drivers find multiple ways to earn and several manners in which to please their individual preferences.

CRST also offers several points of perks and bonuses to drivers when they join the company, often incorporation a sign-on bonus with a figure close to $1500 just to join the team at CRST.

CRST frequently offers other perks such as:

How Are Team Drivers Paid At CRST Expedited?

Though CRST Expedited is not solely a team carrier, teams have been found to perform incredibly well at the company. It is no surprise that CRST Expedited has crafted systems that reward teams considering that it has bandied its team programs, with both seats seeing the opportunity to make close to $75,654 per year.

The inherent nature of teams of the miles they may receive are certainly a factor in the inflated pay range, however, CRST teams also are perhaps above average earners in this respect. CRST has clearly defined the routes and roles that team drivers will take on at the company, combining a terrific pay package with runs that are comprehensive and accounted for.

Teams will also see additional pay and benefits based upon the scenarios they encounter on the road, with a reactive team at CRST that understands rewards are due unto those who demonstrate hard work. 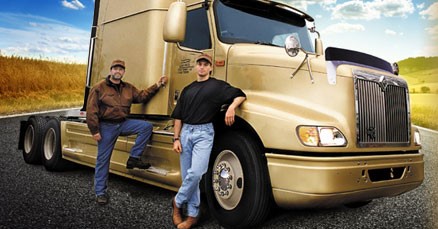 A Company Culture Where Drivers Thrive

Whether a driver at CRST Expedited is in the team or dry van division, the atmosphere of the company they work for has proven to benefit all types of truckers in both career-related and financial respects. The fast-paced environment that drivers quickly become accustomed to is a great aid in helping them earn more as well as being surrounded by others who are hard-working and who display excellent habits in productivity.

In the case of truckers, the culture at CRST can driver them to even more money every year. Not only will CRST Expedited drivers understand that those around them inspire greater earnings or more professional aspirations, but the bustling and constantly-evolving atmosphere in which a driver’s work may also evolve and lend itself to more opportunities at the company grows.

Overall, truckers can feel a sense of confidence in CRST Expedited, with the understanding that they are working for a company that not only has history, but that also has a great future moving forward in many directions and providing the employees with the lion share of the opportunities as well as greater financial earnings.

Pay For Teamwork At CRST Expedited

As much as the focus of development may be on the individual drivers, it may come as no surprise to just how important continuing the success of CRST Expedited trams truly are. Aside from the upfront and inherent pay that drivers will get simply for referring a driver while they are an active CRST Expedited employee, the company offers more embedded ways in which one can set themselves up for success down the line.

In many respects, it seems as though CRST Expedited has laid down the groundwork in which drivers do not just receive a paycheck. Rather, they can play an active role in shaping how they earn and what they earn.

CRST does not force drivers to make any secondary decisions in what they do in order to supplement their income or their future at the company. Though it is a pressure-free environment at the company, drivers nonetheless have a great deal of room in which to succeed.