While some truckers who have spent time in the public eye have the pleasure of going down in infamy, others may not be so lucky in the manner to which they owe their celebrity. The state of affairs as it seems that many drivers who make have a career that combines a truck driving job with an entertainment job are not often among the luckiest drivers on the road.

The unfortunate case of negative infamy extends to Hugh Rowland, the former Ice Road Trucker star and former head of VP Express in British Columbia. Rowland, once the veritable star of the reality program claims to have suffered a major decline in quality of life, with several aspects of his livelihood taken from him. 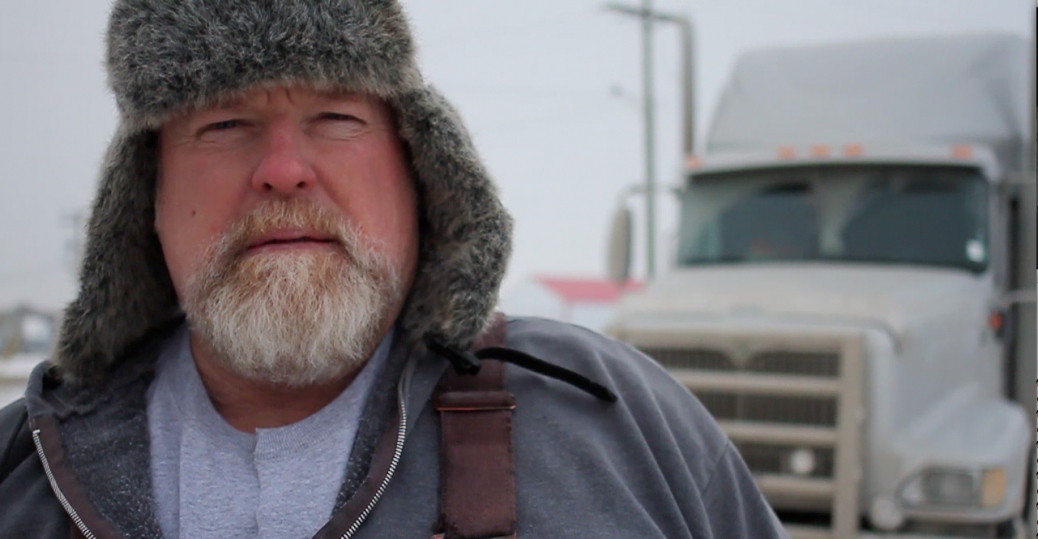 Among several problems Rowland is facing, the trucker claims to have lost his livelihood, suffers from pain, and has practically lost the ability to be intimate with his wife following the accident on the program. Nowadays, Rowland, much like the Truck stop murderer, has nearly become a trucking myth. His story, however, is very real.

Rowland, and many other ice road truckers may be among the best paid drivers in the industry. However, if Rowland’s case proves anything, money is certainly not the only aspect of life one ought to be worrying about.

The Arena of Ice Road Trucking

Truckers in California are likely to have no idea what the trials and tribulations of trucking in sub-zero temperatures and icy weather entail – but those in a state like Michigan must contend with snow and ice for several months of year. While it is never an easy task to truck in any weather that is deemed “inclement,” many consider ice road trucking to be in a different realm of driving altogether. In fact, the term “ice road trucker” is somewhat misleading in itself. These truckers rarely actually operate on proper roads, rather they drive on frozen swamps, lakes and other geographical landmarks to reach their destination.

And while there are some American ice road truckers, we often think of these positions existing with more prevalence in the Alaskan and Canadian areas of North America. True, the History Channel show may have popularized the longtime arena of trucking and brought it out from obscurity to a larger cultural awareness. 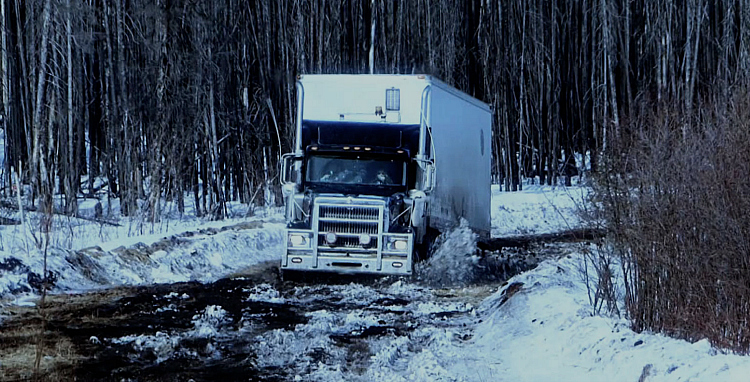 For truckers working in these highly specialized positions, they often face temperatures that drop down to -45 Fahrenheit, with a wind chill that can make the weather feel nearly twice as cold. Drivers in these conditions must be aware of hypothermia. As opposed to the trucker in Florida who may face dehydration on a summer day, a Canadian driver frequently worries about their ability to stay alive in the cold.

Rowland and company are among the many drivers who must also contend with natural features and disasters found in the arctic such as avalanches,“white outs” and fractures in the roads (that are often not actually roads whatsoever.)

Drivers taking on a trucking job that goes through an icy area need a great deal of experience, and many trucking companies are only looking for the most qualified candidates for these positions. Getting a position with a company to perform ice road trucking is very competitive, but for good reason.

Rowland – Where it All Started

Despite the inherent struggles that ice road truckers face, Rowland nonetheless agreed to have his trucking fleet filmed in order to show the public just how difficult and dangerous his job can be.

For a fair amount of time, Rowland was living the good life. The History program, Ice Road Truckers, detailing the modern life of one of the most dangerous trucking job categories in the world was at the top of its game, garnering millions of viewers and a cult-like following that lasted for seasons.

From 2007 – 2014, Rowland served as the program’s de facto host and lead star, providing eight seasons of entertainment and direction for the show. Over the course of Ice Road Trucker’s tenure on air, the audience saw Rowland and his crew face insurmountably dangerous situations, often defying death from the confines of a true “ice road truck.” While some, if not most, reality television happens to be stylized or sensationalized, Rowland was put into dangerous situations a number of times, the camera often capturing the more “lighthearted” side of the action.

Rowland was given the handle/nick of “Polar Bear,” given his stature and proclivity for staying in cold situations – both literally and figuratively. Though Hugh is an older trucker and cast member of the show, it never seemed to stop him from getting in on the action.

Unfortunately for Rowland, his short amount of luck on the road was about to run out. While Rowland’s story does not necessarily involve a big screen climax or a severe situation that was caught on film, it undeniably changed his life forever. 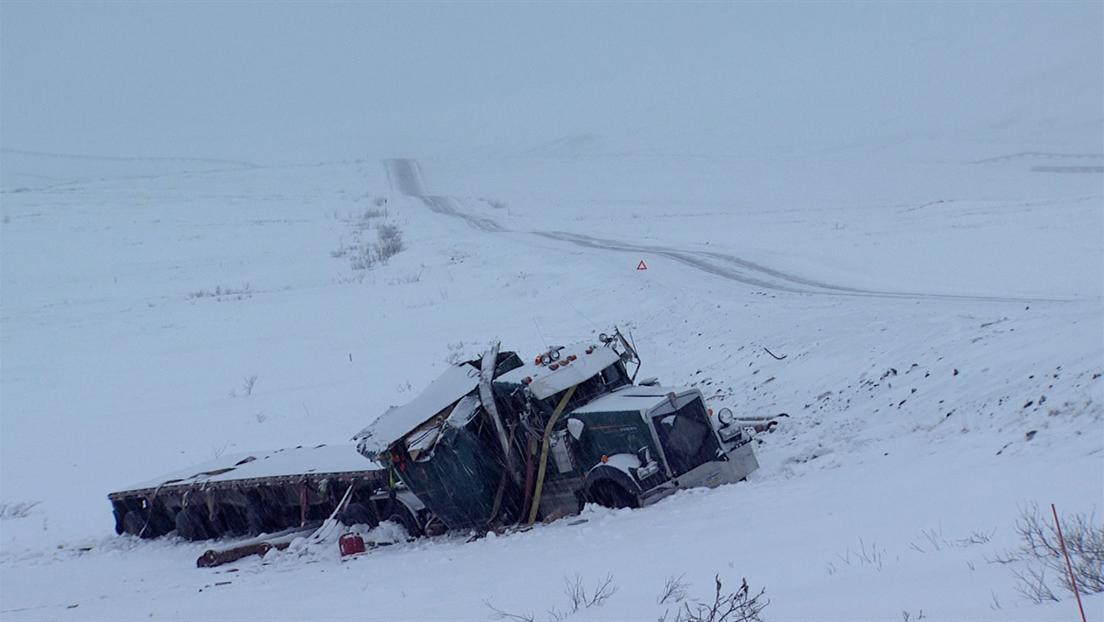 On the set of filming Ice Road Truckers, Hugh Rowland was riding in a pickup truck driven by one of the show’s producers. While the details of the situation are somewhat fuzzy, the producer driving the truck that Rowland was in reportedly veered out of control and began acting up, leaving the driver to have little to no control of the vehicle.

Not able to control the pickup, the truck crashed into a nearby grove of trees, and other foliage, severely injuring everyone involved.

It is reported that Rowland suffered the most bodily harm and injuries out of everyone involved, suffering major injuries to the lower half of his body. Rowland claims that the injuries are severe and permanent, and considering that he could not do anything to control the vehicle, he believes it was not his fault at all.

Perhaps the most tragic and concerning aspect of Rowland’s case is that he claims to have lost a great deal of feeling in the lower half of his body. Rowland reports that it has been difficult to complete many basic functions, that he is no longer as spry or limber as he used to be, and that he has completely lost the ability to have any sort of sex life.

It’s safe to say that Rowland’s life was drastically changed by the event. Unable to return to work at his own trucking company, Rowland lost his livelihood, lost intimacy with his wife, and lost the spirit for a career that invigorates many of those on the road.

Why Choose This Career Path?

Considering the horrible ending to Rowland’s case, some may wonder why anyone would be enticed to join the ranks of ice road truckers. Without the glamour and the danger that accompanies the job, it seems counter intuitive to choose this specific career path.

One of the main reasons truckers like Hugh Rowland choose an ice road position is because of the money they can potentially make doing so. Average estimates show that ice road drivers can make $80,000 a year – and many consider that to be a conservative figure. While it is true that a driver in Texas, for example, can make an excellent annual salary hauling oil or other specialized loads.

Compared to many North American truckers however, ice road truckers make a great deal more money. They are being paid well for the sacrifices they are making and the dangers the job may present, but for those who can complete the runs with efficiency and with diligence.

The truth, as strange as it may be, is that some drivers prefer the danger that trucking presents as well. Some drivers crave the adrenaline and prefer to operate in a position that challenges their skills rather than one that may allow for some passive activity on the road. There’s not necessarily an “easy” driving job – but some may be more monotonous than others due to one’s route or the type of freight they haul.

Learning From The Story of Hugh Rowland

If there is perhaps one positive takeaway from Hugh Rowland’s incident it is that it has allowed some focus to be detracted from glamorizing a dangerous job while shifting focus to the importance of practicing safety within such a position.

While there is certainly nothing wrong with acknowledging and praising our drivers who take on the dangerous jobs throughout the world, making a spectacle of it may be detrimental to the plight of the driver. Involving a camera and film crew seems to often complicate matters rather than making them simple and digestible for the viewing audience.

While Rowland’s incident did not occur while he was operating a truck, he nonetheless put himself in harm’s way nearly every time he got behind the wheel. The public so infrequently considers the well-being of drivers on a daily basis unless horrendous weather or road conditions cause a semi accident. Rarely is the public aware of the constant obstacles a driver can face while on their route.

There is an enormous amount of merit for those drivers who choose to dedicate their lives and well-being to the road for the sake of the end consumer. Ice road truckers, long haul drivers and even those on local routes should be looked to with reverence and respect for all the hard work they so frequently display on the road.