It may seem like something straight out of a horror film, but for nearly two decades legend has it that the Truck Stop Killer terrorized and killed over 50 women.
Much like the Zodiac Killer or the Hillside Strangler in California, The Trucker Stop Killer – Robert Ben Rhoades – was known for torturing, kidnapping and killing women across the country.

Though Rhoades was apprehended in 1990 with only three confirmed killings, there are countless stories of Rhoades harming and raping women throughout the country, with notable cases in Texas and Illinois. 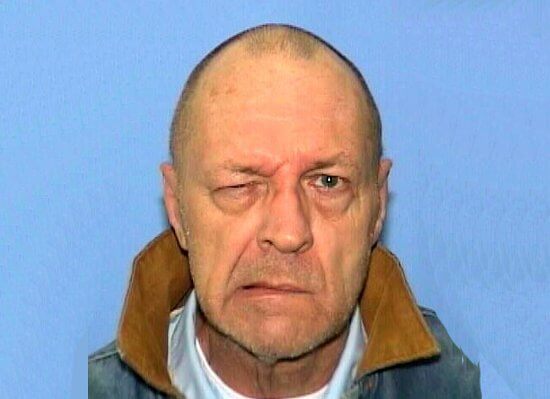 Although the story of Rhoades has become almost mythical, there may be quite a bit of fiction to sift through before one can get to the fact of the story.

After being dishonorably discharged from the military in 1966, Rhoades took on a trucking job. Living in the Iowa area, it must have seemed like a logical career choice for Rhoades, though one that he would soon abandon for his own sadistic ways. Abandoning his son and multiple marriages along the way, Rhoades embarked on a peculiar lifestyle that included swingers bars in Texas and spending a fortune on brothels and prostitutes.

As a driver, Rhoades was well-known for the his truck – a sleeper cab that was notoriously used for nefarious purposes. When Rhoades was eventually caught, authorities found that his sleeper had been converted into what was essentially a torture chamber on wheels.

Prior to police finding Rhoades and convicting him in 1990, the trucker had established a reputation. Though he was not known as a driver per se, but an all-around strange individual. Though he may have his spent his time in less-than reputable locations, those who encountered him told stories of incredibly strange and disturbing behavior.

Rhoades gained the moniker of the Truck Stop Murderer after he was convicted, though the reason behind it is fairly simple – many of his victims were picked up at truck stops or along the way at trucker-heavy locations.

Of course, Rhoades’ behavior ought to have zero bearing on how the public perceives others with a trucker job. Rhoades was a trucker by chance rather than one by love of the trade or dedication to the hard work that trucking entails.

Though at the time of this writing, Rhoades has only been convicted of three confirmed killings, there is a bevy of evidence that points to other cases and incidents along the way to 1990.

Throughout the late 70’s and the entirety of the 80’s, Rhoades was known for abducting hitchhikers and torturing them. Throughout the decade, those who escaped from Rhoades later reported that he bragged about his evil ways to his victims and told detailed and grotesque stories of how he kept his victims. 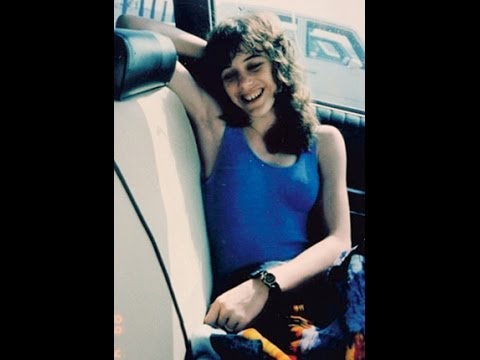 Rhoades had been known in his strange underground network as “whips and chains” a nickname he had garnered by his preferred method of torture. It is speculated that Rhoades spent a great deal of time off the road, engaging in his awful activities, never quite embracing the culture of trucking or the trucking lifestyle.

Rhoades was first charged with a case of aggravated assault, a case of sexual assault, and one case of unlawful imprisonment in the late 1980’s.

A few months later, Houston police got word from an 18-year-old girl who had escaped from a building site, clothes in tatters and badly beaten The young victim told authorities about what had happened to her, describing a man who fit Rhoades’ description. (The victim later identified Rhoades)

Out of the 50-plus cases of torture, rape and assault that authorities believe to be the doing of Rhoades, there were a handful of confirmed cases that led the authorities to finally picking up the man.

The first case of Rhoades murdering a victim is believed to have taken place in late 1989. Though Rhoades has not been found guilty of that charge, he was detained at that time due to being accused of abducting and torturing a female victim at the time. Cases show that the female victim initially claimed that Rhoades bragged about past killings when he kidnapped her, but when asked to testify again she was too paralyzed by fear by to even identify Rhoades correctly.

It seems that a common theme in Rhoades’ case was having the advantage of making victims all too afraid to even identify him due to some level of post-traumatic stress. However, Rhoades’ “luck” in this sense was soon to run out.

The first confirmed victims of Rhoades were husband and wife Candace Walsh and Douglas Zyskowski in January of 1990. The hitchhiking couple was picked up by Rhoades who claimed to be on a long-haul journey. After convincing them that his route would take them exactly where they needed to be, Rhoades enticed the couple into his truck wherein the danger began.

It is reported that Rhoades immediately killed Zyskowski upon getting the couple in his truck, discarding his body in between San Antonio and El Paso Texas. Zyskowski’s body was found in 1991 but was not identified until 1992. Rhoades kept Walsh in his truck for over a week, torturing her until he dumped her body in Millard County, Utah.

It is estimated that a month after Walsh was killed, Rhoades picked up yet another pair of hitchhikers, two runaway teenagers from a Houston suburb. Regina Kay Walters, 14, and her boyfriend Ricky Lee Jones were entranced with Rhoades and saw an opportunity to make a quick and cheap getaway.

After picking up the teenagers, Rhoades immediately killed Jones and left his body in Mississippi. Walters is believed to have been kept in Rhoades’ truck for some time, according to photos over a timeline that Rhoades would take of Walters during her imprisonment. (Rhoades would later kill Walters.)

The Arizona Highway patrol saw a truck curiously parked on the side of I-10 early in the morning of April 1990. Hazard lights flashing and the truck otherwise in an abnormal state of disarray, officer Mike Miller talked to the male present by the truck who identified himself as the driver of the truck. Miller decided to investigate the truck much to the behest of Rhoades and found a woman inside, screaming and handcuffed.

Finding himself lacking his usual silver tongue, Rhoades could not explain his way out of the situation, resulting with an immediate arrest. Rhoades was charged with aggravated assault, sexual assault, and unlawful imprisonment. The Truck Stop Killer had been caught. 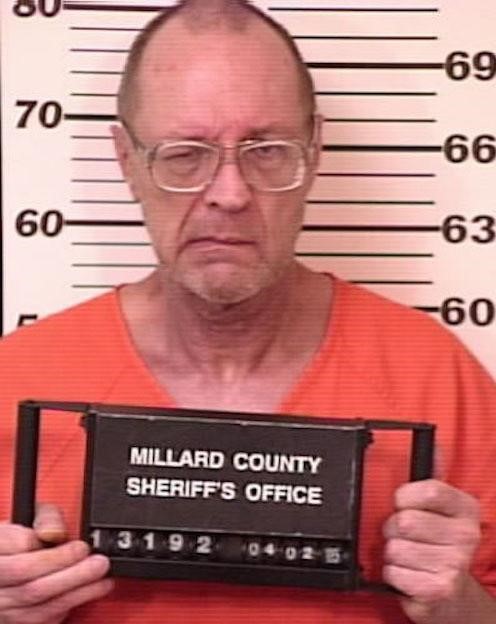 Arresting detectives were able to were able to make connections to the death of Walters and Jones in Houston and ultimately saw a pattern that put Rhoades in a position of murder for the past 5 months or so. Authorities eventually received a search warrant for Rhoades’ home. In their search, they found multiple photographs of a teenager who fit Walters’ description as well as photos that matched the description of Walsh.

In 1994 Rhoades was convicted of the first-degree murder of Regina Kay Walters and got a sentence to life without parole at Menard Correctional Center in Illinois. In 2005 Rhoades was tried for the deaths of Walsh and Zyskowski, ultimately resulting in a life sentence in Texas as well.

Takeaways From The Case of Rhoades

Clearly, none of the victims that Rhoades encountered ever thought they would be subjected to torture or wanted to be caught and held as victims.

Hitchhiking is one of the most dangerous activities on the road for both drivers and passengers alike. While it is more often the case that passengers are the ones who fall victim to drivers as they are making their way down the highway, there are plenty of cases of passengers who hop in the cab and cause chaos for the driver. Neither party is ever absolutely sure what a stranger is going to do in a hitchhiking situation, despite how harmless one may look. Truckers in Florida are unlikely to see many hitchhikers as the interstates are often heavily patrolled and do not offer many places to be covert – Midwest drivers are likely to see traces and shadows of hitchhiking culture persist.

Drivers may be inclined to pick up a hitchhiker in order to keep them company on the road or to have conversation to keep them from falling asleep when driving over the road. A truck driving job can often be lonely and solitary work, sometimes a nomad on the side of the road can appear to be a blessing.

Simply put, the issue of truckers and hitchhikers is not nearly as prevalent as it may have been in the past. Luckily, the hitchhiking culture has subsided within commercial transportation. Still, it may be useful for fleets to have conversations about the dangers of picking up riders and the threat it poses to drivers – not to mention the policies that the driver breaks in doing so.

The tale of the Truck Stop Killer is a chilling one, but a tale that brings powerful lessons to the table. Do not get in a truck with someone you do not know or pick up someone in your truck who you are unfamiliar with.